EUE/Screen Gems Studios.  The facility offers 10 column free and purpose built stages totaling 150,000 sq. ft of shooting space.  With over 700 world-class local crew we can accommodate up to five productions at one time. Over 350 television series and films have shot at our 40-acre lot. 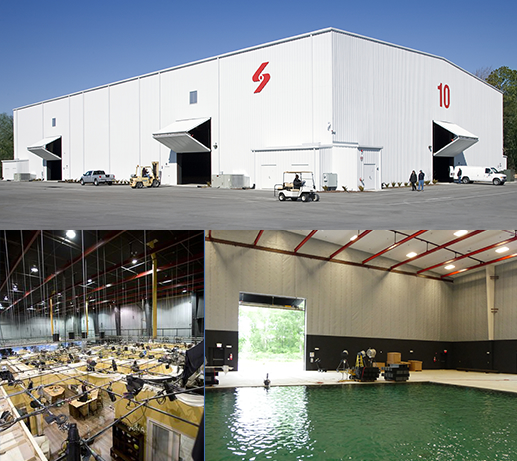 EUE/Screen Gems is recognized as one of the largest and best lighting and grip companies on the East Coast.  The gear is well maintained and the inventory extensive. We continually add and retire inventory. Our business continues to grow as producers, DPs, UPMs, gaffers, and key grips discover and recommend us for new television, film, and commercial projects.